I finally got to go out on the land on a quad. It took until the first major snow fall, but I had a blast! The temperature was only about -2, warming up later in the afternoon when the sun finally came out from behind a thick blanket of clouds. To stay dry, I was suited up in my snow pants, parka, winter boots and some borrowed (and very manly) leather gloves. It was the coldest on my face speeding down the various trails in the snow left by others still eager to get out on the land before pulling out their snow machines. I even got to drive the quad...and I didn't crash! Though I did run in to a few bushes...whoops. 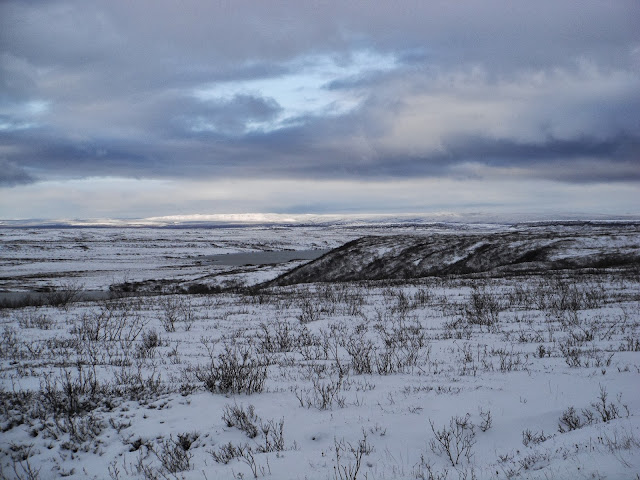 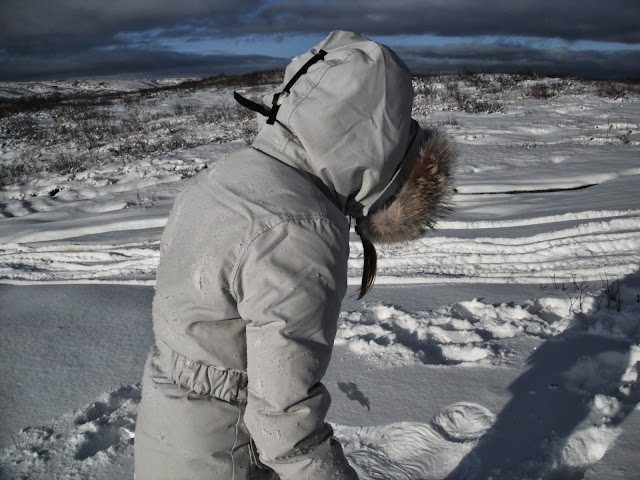 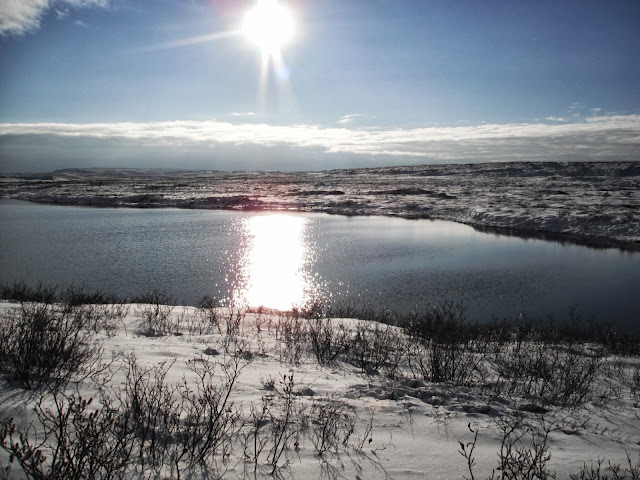 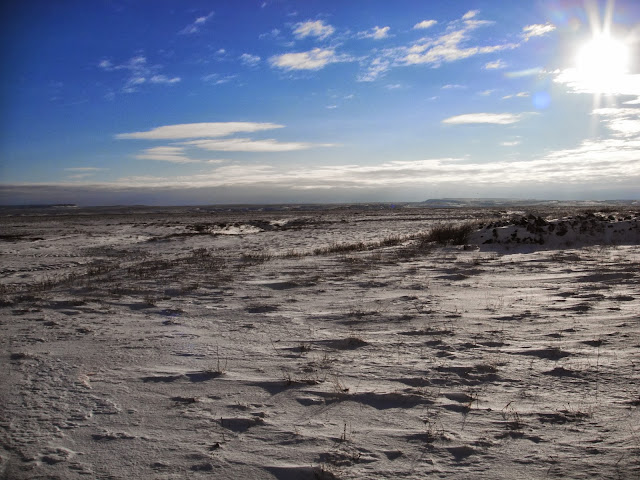 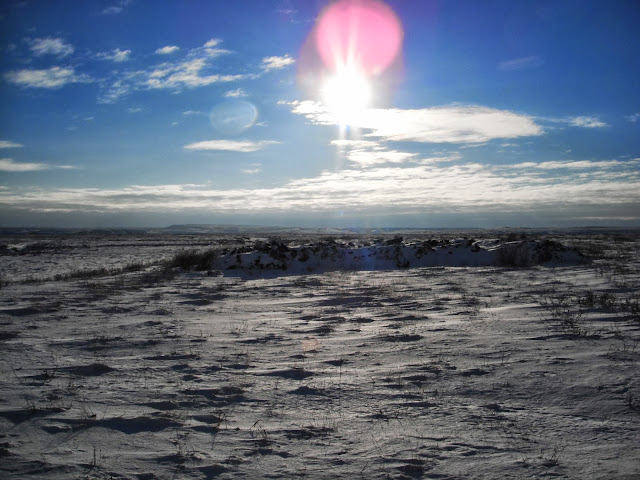 We did see tracks of the following animals: hikhiks, foxes, ptarmigans, rabbits and grizzlies (though the latter was probably a day old, and could be debated, but we were almost eaten by bears as far as I'm concerned!)
Posted by Allison Brown at 1:53 PM